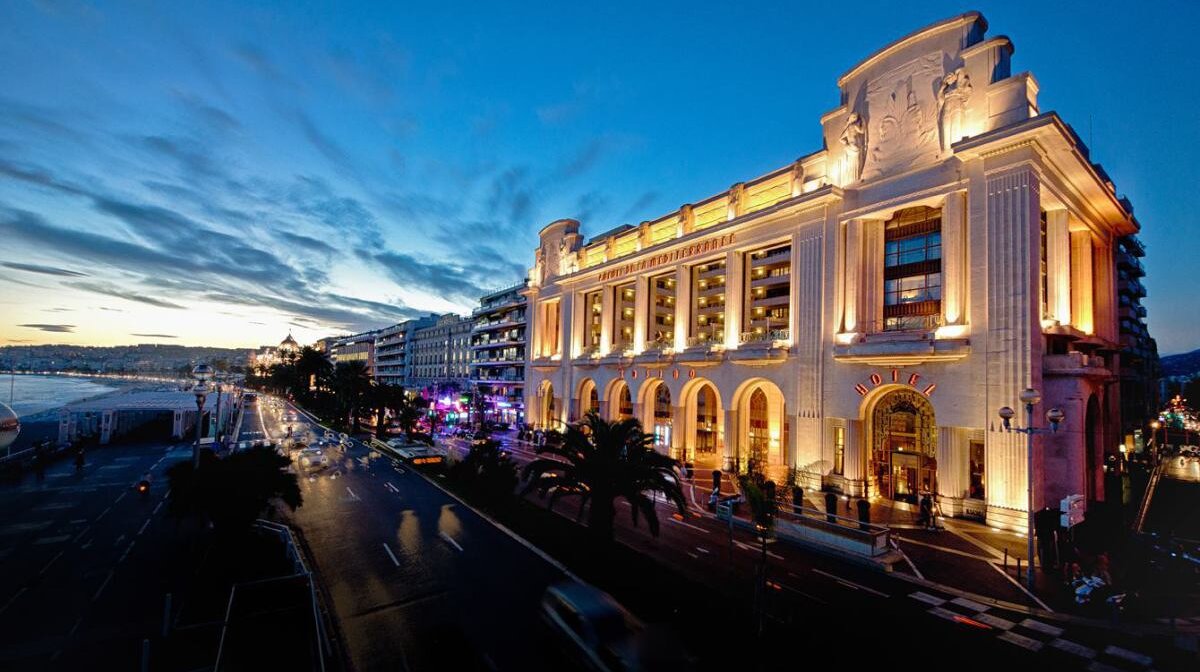 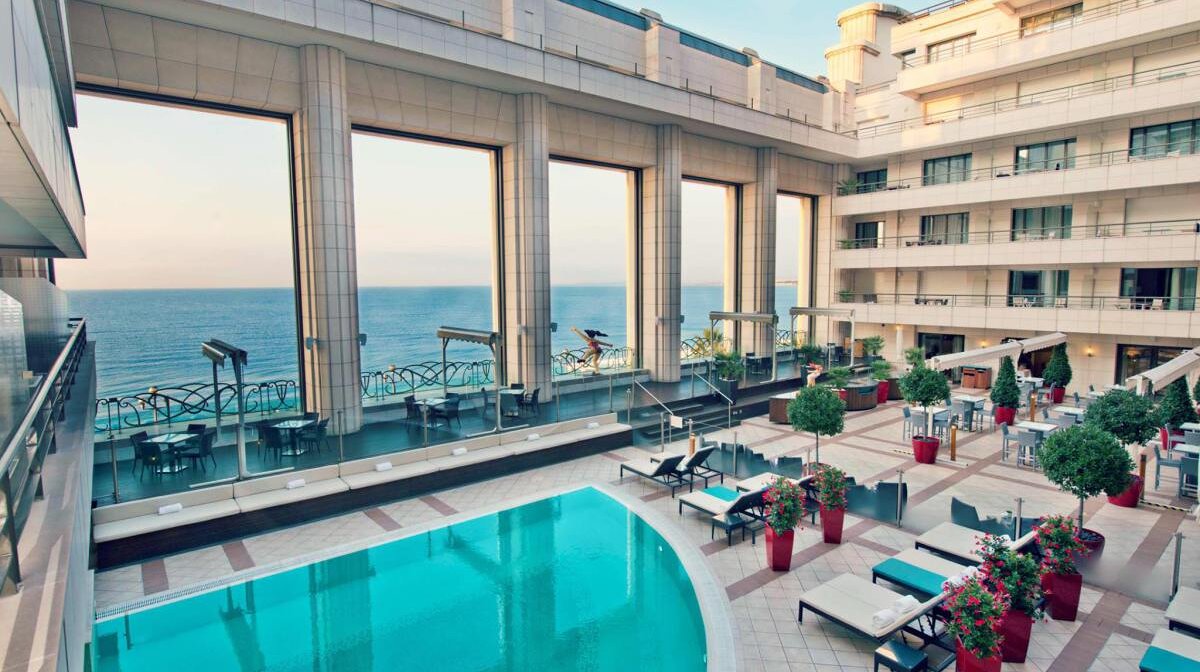 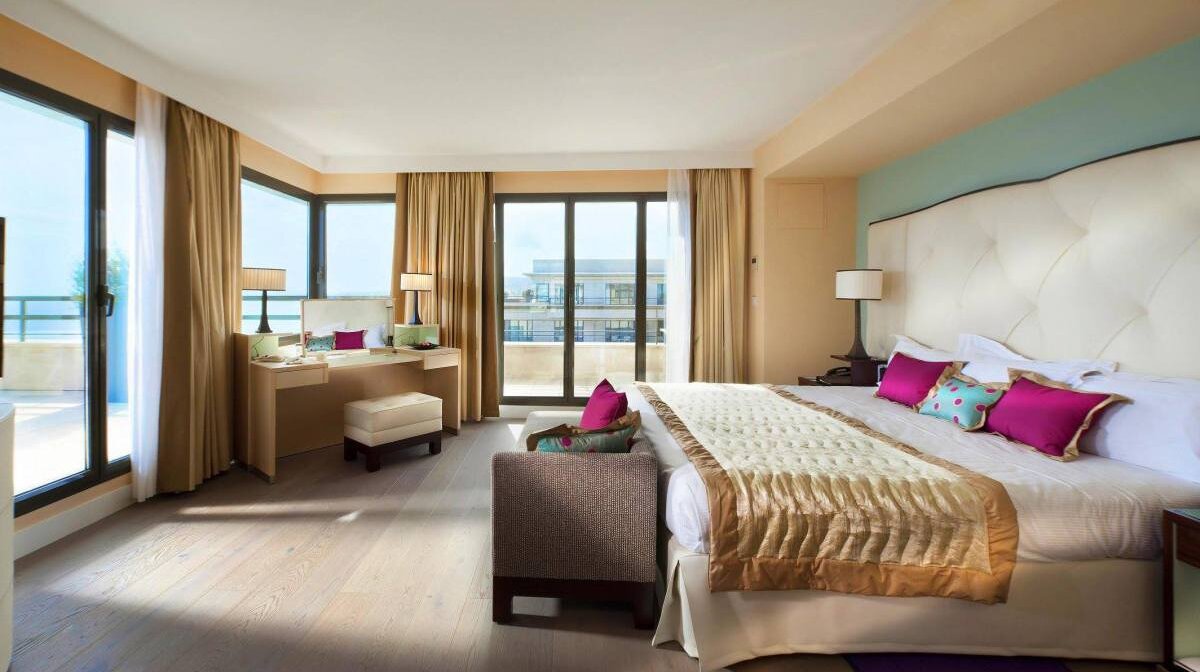 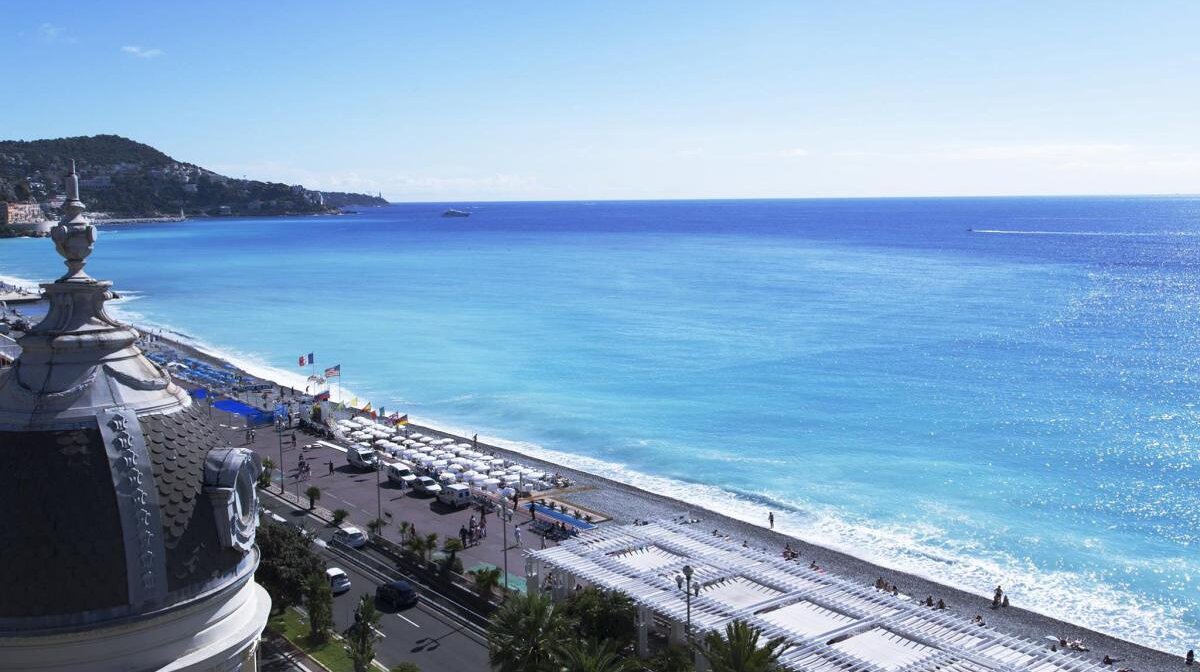 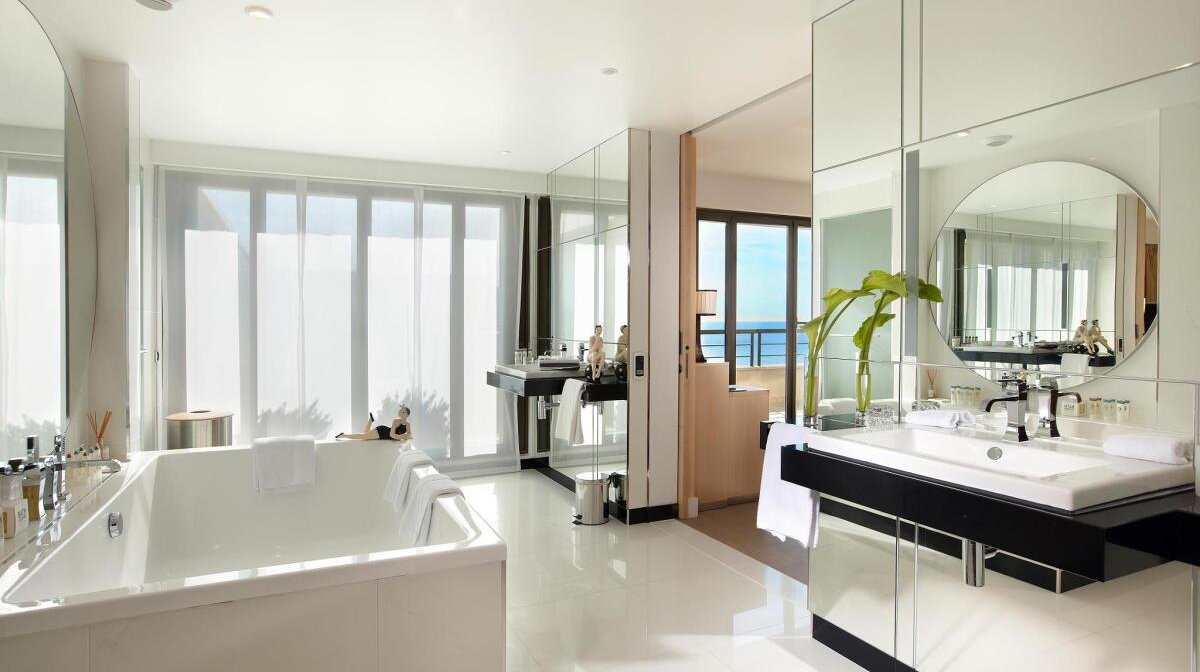 Located on the famous Promenade des Anglais, this contemporary hotel features a casino, an indoor & outdoor pool and spa facilities.

The luxury hotel is the ideal location in Nice for hosting meetings, international conferences, social events and weddings.  With seven meeting rooms to choose from, all equipped with the latest technology and enjoying spectacular sea views combined with the excellent services of the events team, your event at one of the best hotels in Nice, France, will certainly be both memorable and successful.

Overlooking the Mediterranean, it has a half moon outdoor swimming pool set just behind its impressive columns and a much-talked about casino.

Could scarcely be better, bang on the sea-front, but a hop from almost everything you might want to see in Nice centre – the old town, shopping, bars, restaurants, the lot.

The splendid outdoor and indoor pool at Hyatt Regency Nice Palais de la Méditerranée is the pride and joy of Nice and beyond.  Whether a quick dip or morning laps, the outdoor swimming pool, surrounded by deckchairs, will seduce you.  During the summer months, the terrace is open and offers a welcome sanctuary to spend the entire day swimming, relaxing, lunching and drinking while admiring the surrounding panorama.

If you prefer the smoothness of a warm indoor pool to the freshness of the sea or the outdoor pool, we invite you to dive with pleasure into the covered indoor pool.   Admire the beauty of the Bay of Angels and the rich turquoise colours of Mediterranean Sea while enjoying the comfort of the indoor sanctuary.

The bar lounge, located on the 3rd floor, serves a wide array of tapas and cocktails in a relaxing atmosphere featuring a pianist. The bar extends on the central terrace and offers a selection of light meals.

Le 3e restaurant serves regional and Mediterranean cuisine prepared with the best seasonal products from local producers. Discover a wide array of fine Dishes served either in the cosy dining room or on the seafront terrace.

The Hyatt Regency Nice Palais de la Méditerranée hotel is one of the most famous hotels in Nice ideally situated on the Promenade des Anglais in the heart of the city.

From the Airport
Our 5 star hotel is located approximately six kilometres (3.5 miles) from Nice International Airport – NCE. Metered taxis are available outside the terminal. Ensure the meter is switched on or agree a fare in advance.

By Train
Gare Nice Ville or Nice city centre train station is in Avenue Thiers, just over one kilometre (0.6 miles) from the Mediterranean Sea and the Hyatt Regency Nice Palais de la Méditerranée. Taxis are available from the station to the hotel and the average journey takes ten minutes.

By Bus
A regular bus route, number 23, is available to the city centre from the airport, terminating at the train station. An airport bus, number 98, directly connects the airport and the city centre stopping near to the hotel. Buses are the recommended mode of transport in the city.

All children under 11 years stay free of charge when using existing bedding and cots. All older children and adults are charged 100€ per night.