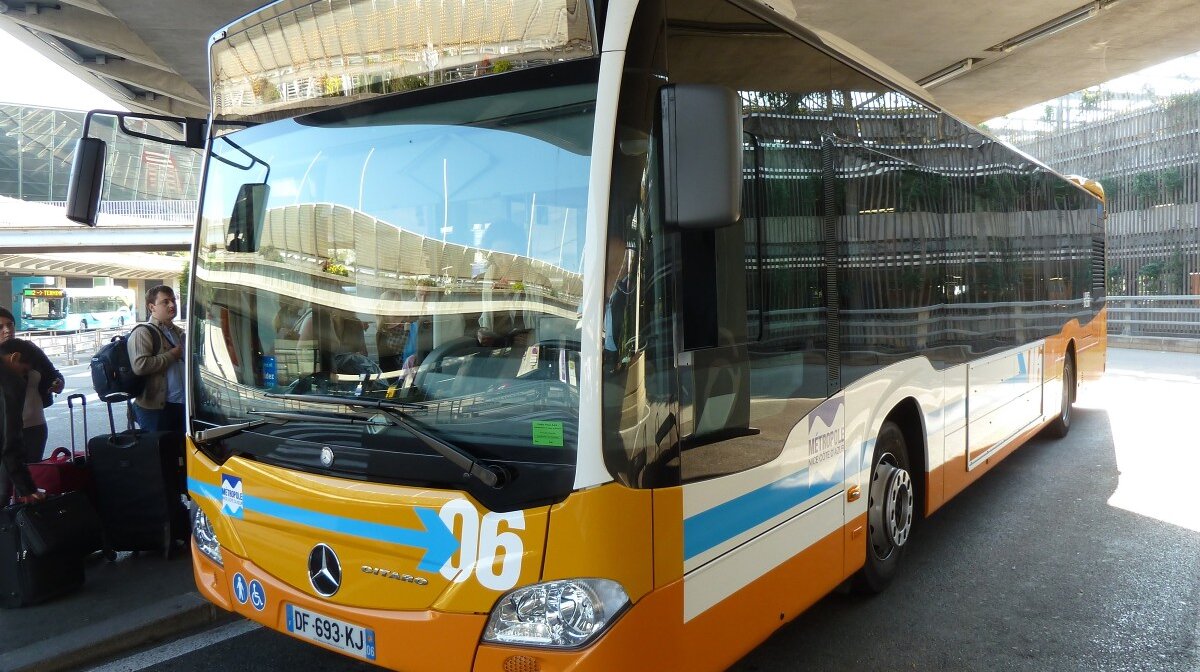 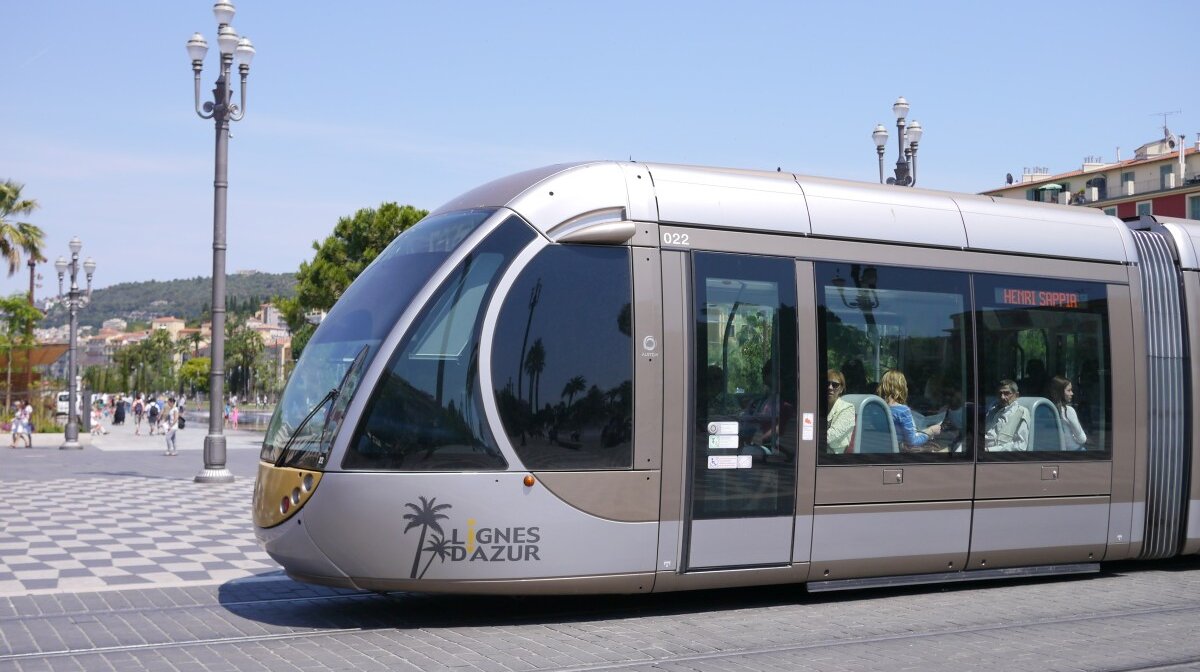 The Nice tram and bus system is run by Ligne d'Azur who provide the regional bus network throughout the French Riviera. The daytime network is extremely comprehensive and the night buses are frequent.

Once on the bus you will need to use the red button to request the correct stop. This will alert the driver and light up a red sign above him that says 'Arret demande'. If no one pushes the button and there are no passengers waiting at that particular stop then bus will not stop.

The local tram and bus network is run by Ligne d'Azur.

Tram lines T1 and T2 run through the centre of the city and is very useful for quick and easy transport. Only the first section of the T2 is open, it will link with the airport in December 2018 and with the Port of Nice in September 2019.

By 2030 there will be four tram lines, covering 36 kilometres and stopping at 70 stations around the Nice Côte d'Azur. For now, there's just one line but it still has 21 stations with trams every four minutes during peak hours. They run from 04:30 until 01:30 and are modern and clean making them a great way to get around. They are also supported by a park-and-ride system. Bus tickets are valid on trams.

The Nice bus network is extensive and serves the city centre as well as the outlying suburbs. The most common and useful routes for sightseeing are intimated in the table above. For all other timetables see the Lignes d'Azur website.

The Nice Airport Express Bus will bring you to and from Nice Cote d'Azur international airport and the city of Nice. You can get a ticket either from the bus desk inside the airport terminal or from the driver once you are onboard.

Bus 99 (gare SNCF) terminates at the Gare SNCF (Nice train station). This runs every thirty minutes and travels along the sea front until boulevard Gambetta where it turns inland.

Note: For the return journey back to the airport, you will need to flag down the bus at the bus stop. They will not automatically stop at each one.

Five night bus lines are available daily between 21:10 and 01:10, with departures every half-hour. Fares are the same as during the day.

These services are provided by Ligne d'Azur in conjunction with the Department des Alpes-Maritimes and connect Nice to neighbouring cities on the Cote d'Azur. You can find the timetables here.

Note that these timetables may vary throughout the year and during holidays so please contact the bus companies in advance to avoid disappointment.

You can buy tickets (valid on both the tram and the bus) at the Ligne d'Azur main office in the centre of the city as well as a number of specific outlets, automatic dispensers and online. You can pay the driver onboard the bus, but you will need almost exact change, high denomination notes are likely to be declined.

Onboard the bus you can purchase either a single journey ticket, for €1.50 or a day pass for €5. All other multi-journey or multi-day passes are only available at sales outlets or online.

Single journey tickets are valid for 74 minutes on both the buses and trams. You must validate your ticket each time you board a bus or tram, even if just changing for connections.

A single bus ticket on the 98 or 99 express service to the airport is €6 and can be purchased from the driver onboard.