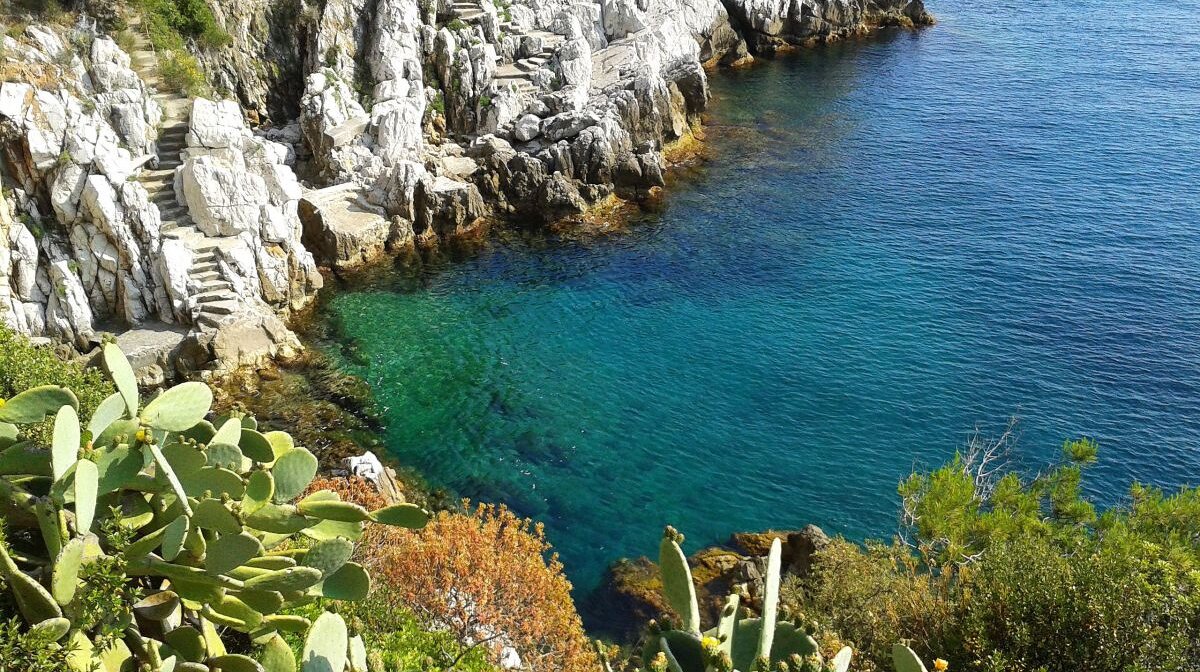 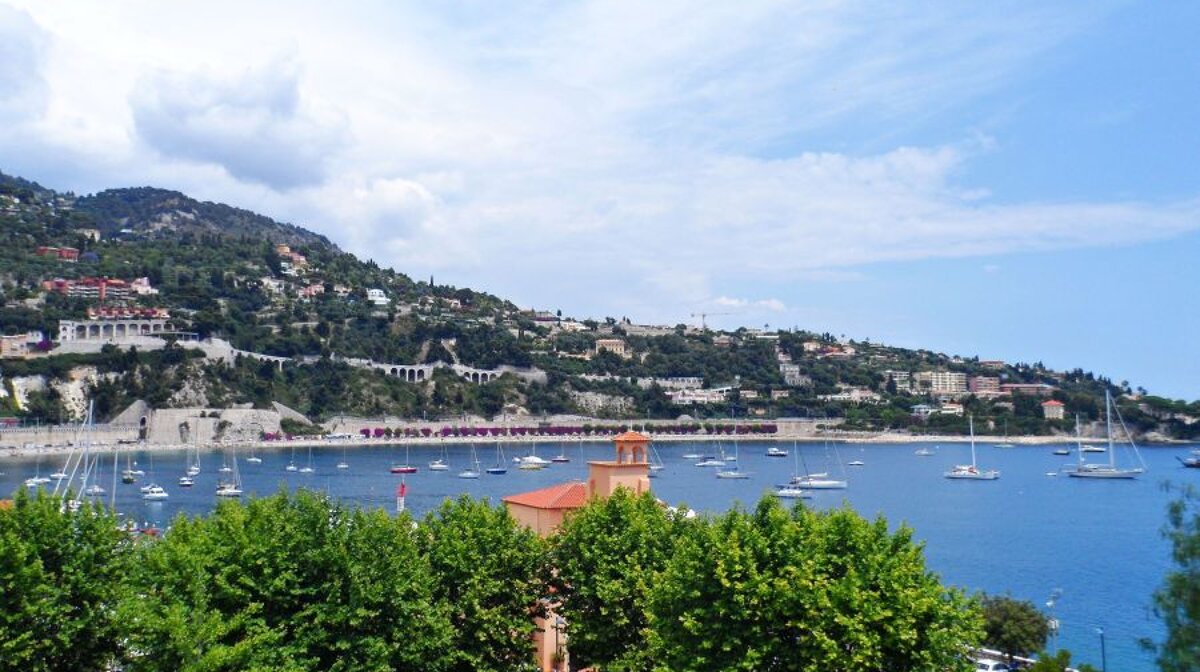 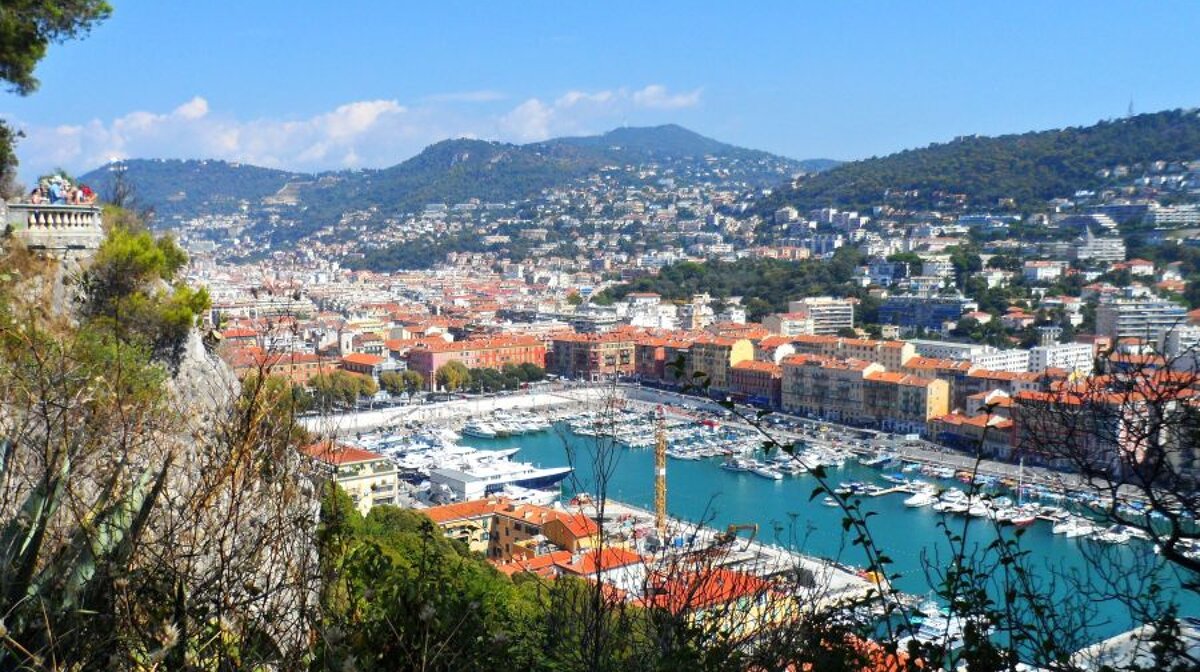 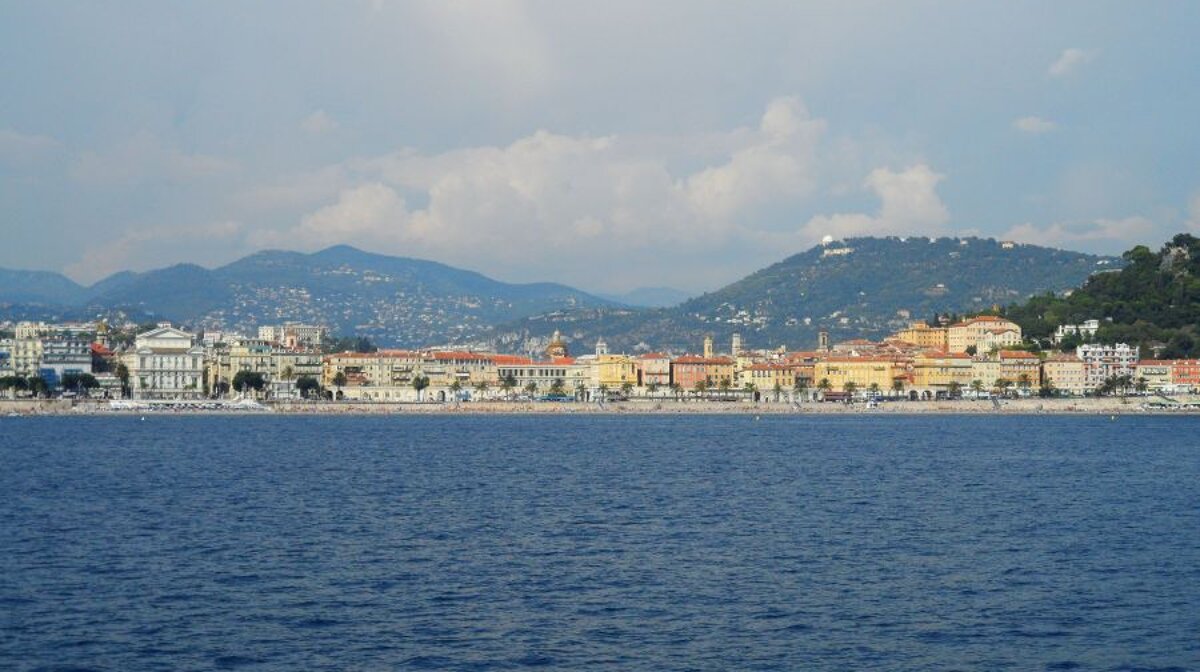 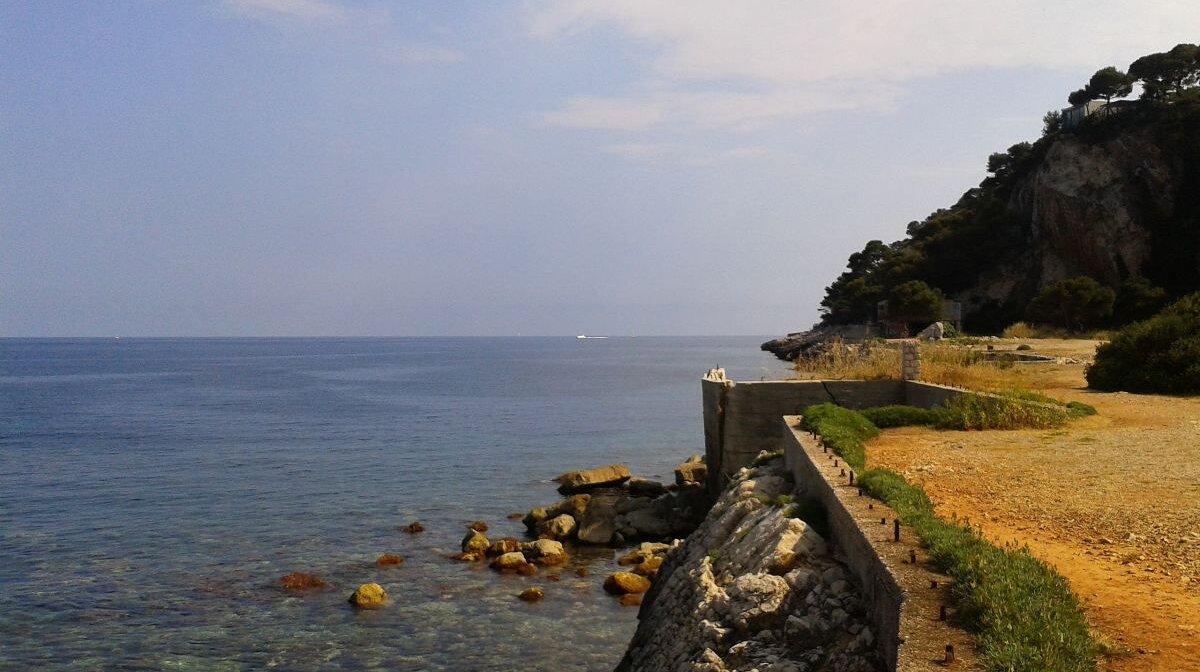 Walking on water in & around Nice

It’s not called the Côte d’Azur for nothing; this glimmering blue coastline is one of the Mediterranean’s prized gems tourism-wise and for its authentic, raw beauty. Let us take you on a walking tour of some of the best and most beautiful coastal paths, both the glamourous and the natural.

If Saint Tropez is the ‘jewel of the Riviera’, then the peninsula of Saint-Jean-Cap-Ferrat is certainly the pearl. Between the picturesque former fishing villages of Beaulieu-sur-Mer and Villefranche-sur-Mer is the some of the world’s most expensive real estate, but also a flora and fauna-lined headland with a wonderful coastal walk and arguably the most dramatic views of the Côte d’Azur.

Starting at the pretty harbour town of Saint-Jean-Cap-Ferrat, the trail leads up Avenue Jean Mermoz to private beach club, Paloma, which is a hotbed for celebrity spotting during the summer months. Head down onto the pebbled beach and take the windy concrete path around the Promenade des Fossettes, which offers southern views of the Mediterranean over sharp, rocky outcrops.

The walk heads around to canvas two secretive bays - often empty of beachgoers year-round - passes beneath the iconic Grand-Hôtel du Cap Ferrat and Villa Santo Sospir, and onto the western fringes of the peninsula. The lovely, family-friendly beach of Plage de Passable marks the end of the coastal route and if you take the stairs up towards the road you will find a shortcut through to the tourist centre and town.

Roughly five kilometres in length, the walk typically takes between two and three hours, although that doesn’t include any swimming stops, which you are sure to find irresistible, particularly on the southern tip and Villefranche side at Plage de Passable. It is a relatively easy walk, but good footwear is recommended. 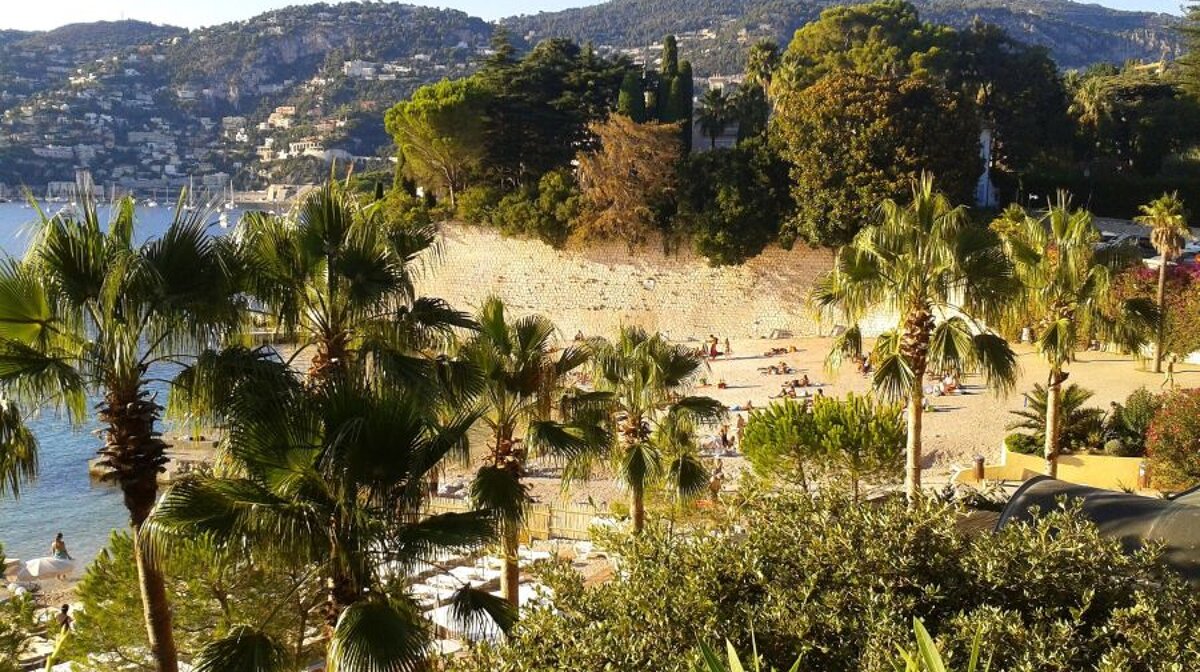 Perched high above the port and city of Nice are the remains of an ancient citadel once believed to be impenetrable, but sadly one that was entirely torn apart by King Louis XVIs army in the early 18th century. While this walk isn’t exactly ‘coastal’, the Colline du Château’s (Castle Hill) enviable location between the historic old town and the bustling port area allows the park to offer spectacular views of the brilliant jewel-blue Baie de Nice. It’s a viewpoint that has become synonymous with the city and appears on everything from tourist postcards to fine art paintings.

The site has recently been the feature of delicate excavations and conservation with the entire ‘colline’ undergoing significant efforts to establish this beautiful area as the attraction it rightly deserves to be. Beyond the castle remains you will discover dense, forested pathways and a beautiful hilltop waterfall that will provide some shady refreshment following your climb.

This incredible site can be accessed from the Quai des Etats-Unis on eastern end of the famous Promenade des Anglais via the Escalier Lesage steps (roughly 10 minutes to the top) or lift, on foot from Nice’s old town and also from the splendid Place Garibaldi (both around a 15-minute walk each way), or on the city’s popular tourist train. 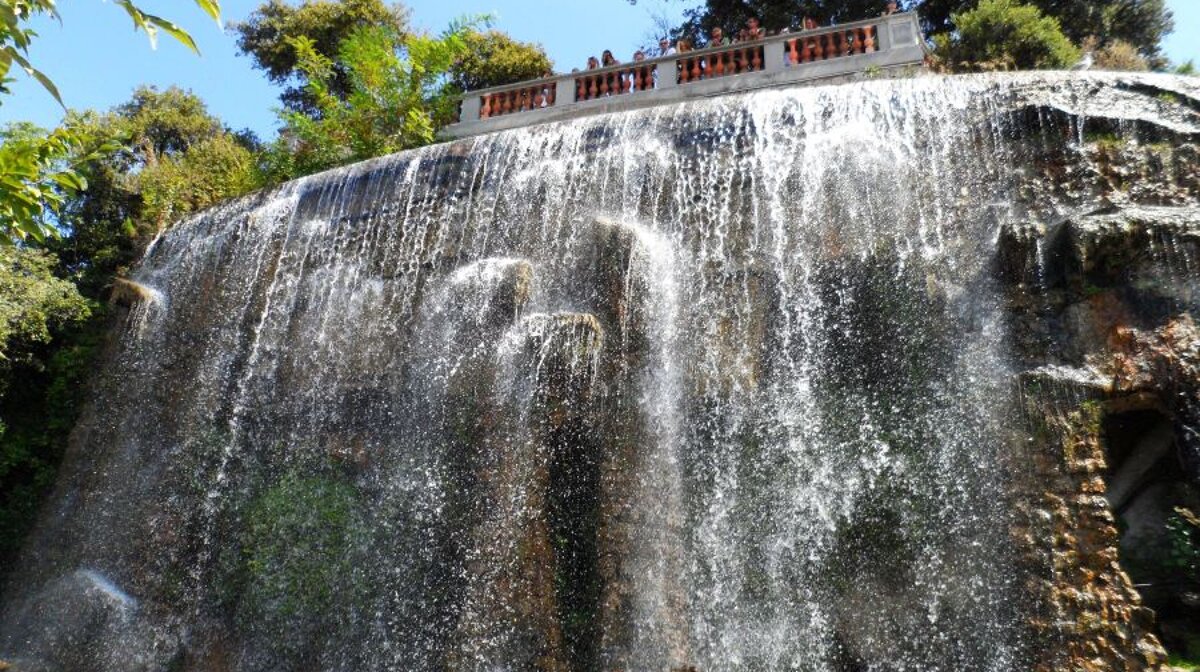 A step through history on Nice’s Promenade des Anglais

The name of this emphatic promenade gives the game away; it was built in the early 19th century and paid for by the increasingly wealthy and prodigious English aristocratic community of the area who would holiday in the city. Now a walkway extending some seven kilometres along Nice’s coastline, the Promenade des Anglais is a lively hub of activity in the city for walking, biking, skateboarding, rollerblading, dining and much more.

A short jaunt along the city centre section will take you past some of Nice’s most historic and emblematic buildings such as the illustrious Hôtel Le Negresco and the Palais de la Méditerranée. The Promenade is lined by well-maintained public and private beaches, including a newly launched smoke-free beach and more gently sloping family-friendly beaches as well as beaches for those who like to party (Hi Beach) and others who prefer something more elegant (Plage Beau Rivage). 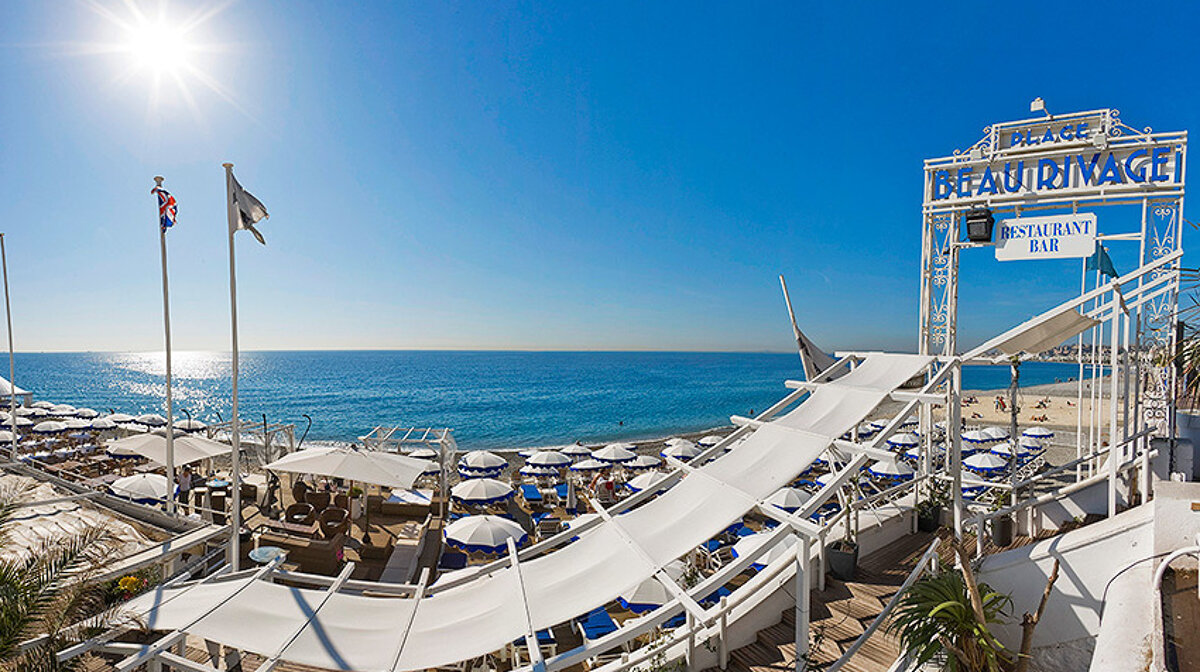 Regardless of whether you prefer a coastal path, a hilltop hike or a city stroll, there is plenty of walking to be done in and around the wonderful city and beautiful coastline of Nice. Make sure you check out our Hiking & Walking Guide before you go, and have a look at some of our favourite routes in the area.