Each February, the streets of Nice are filled with the fun and excitement of their lavish Carnival. The main winter event taking place on the French Riviera and one of the largest carnivals in the world, the Nice Carnival 2019 is ready to offer you an unforgettable experience.

This year's Nice Carnival takes place from February 16th to March 2nd 2019. The chosen theme is 'King of Cinema' ('Roi du Cinéma') to celebrate the 100th anniversary of the city's mythical Victorine Studios, opened in 1919 and which have hosted the likes of Brigitte Bardot, François Truffaut, Jacques Tati, Woody Allen or Alfred Hitchcock. With over 1,000 musicians, dancers and characters to enjoy this is an event not to be missed.

There are two main parties during this two-week-long carnival. The Carnival parades ('Corso Carnavalesque') feature 17 floats, lead by the King's, Queen's and Carnivalon's floats, which this year will be decorated according to the cinema theme. Starting at Place Masséna, they parade around the streets of Nice to the sound of live music. The Flower parades ('Bataille des Fleurs') take place at the Promenade des Anglais. Dressed up performers throw tonnes of fresh flowers to the public from beautifully decorated floats, a colourful tradition that dates back to 1876.

The streets and squares where the parades go through are closed off during the Carnival, and you need to purchase a ticket to gain access. Only people in fancy dress get free entry to some of the parades.

How to get there 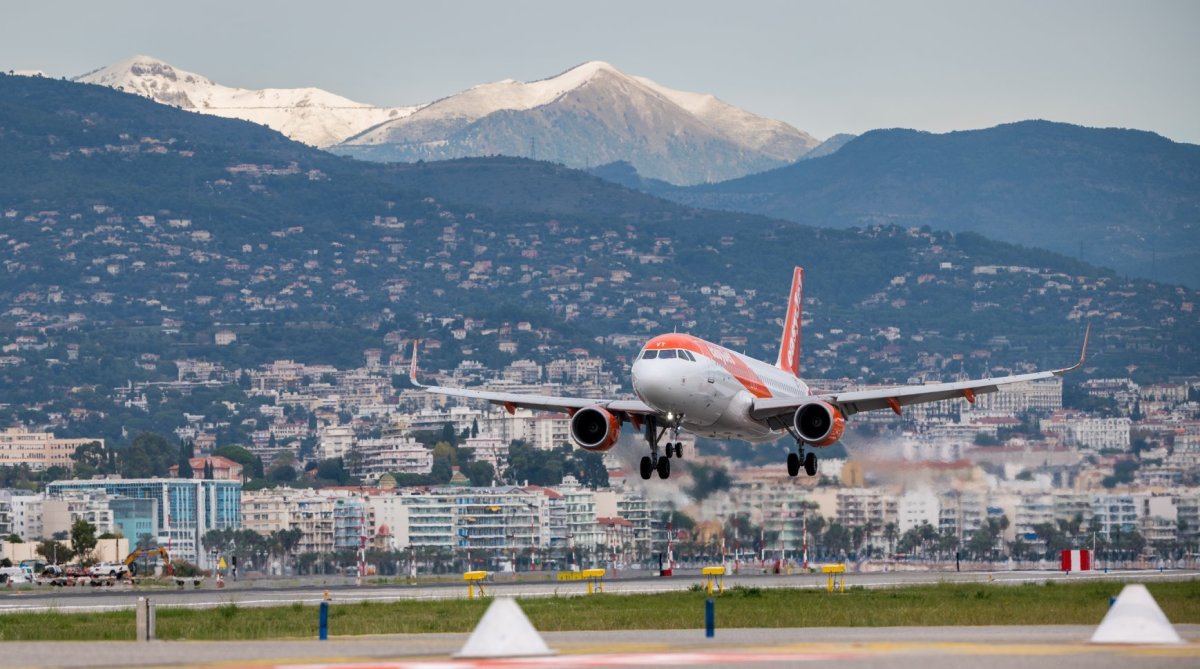 Without a doubt, the easiest way to get to Nice is to arrive at the international airport situated just 7km outside of the city centre. With numerous international, European and local French flights landing here every day, you would be hard pushed not to find a convenient flight to suit your needs (have a look at our flight finder to find the right one for you). Once you have arrived at the airport, a 20-minute bus ride will take you straight into the centre of town.

If you were considering driving here, then think twice before you do so. Apart from all the people getting in and out of the city at this busy time of year, you should remember that several of the main streets in the heart of Nice will be closed to traffic during the Carnival so navigating the city by car could be difficult. Parking in the centre will also prove challenging during the two weeks of the event. If you are driving, then you can use the Parcazur car parks and take the tramway to reach the city centre.

Another quick and convenient way to get to Nice is by train. As the main train station on the Cote d'Azur, the Gare de Nice Ville is connected to the rest of France via the SNCF train network, with the TGV (France's high-speed rail service) running daily, direct from Paris.

Once you reach Nice, the bus and tram networks make it surprisingly easy to travel around the city.

How to Get to Nice | Guide to the Quickest, Easiest & Cheapest Options 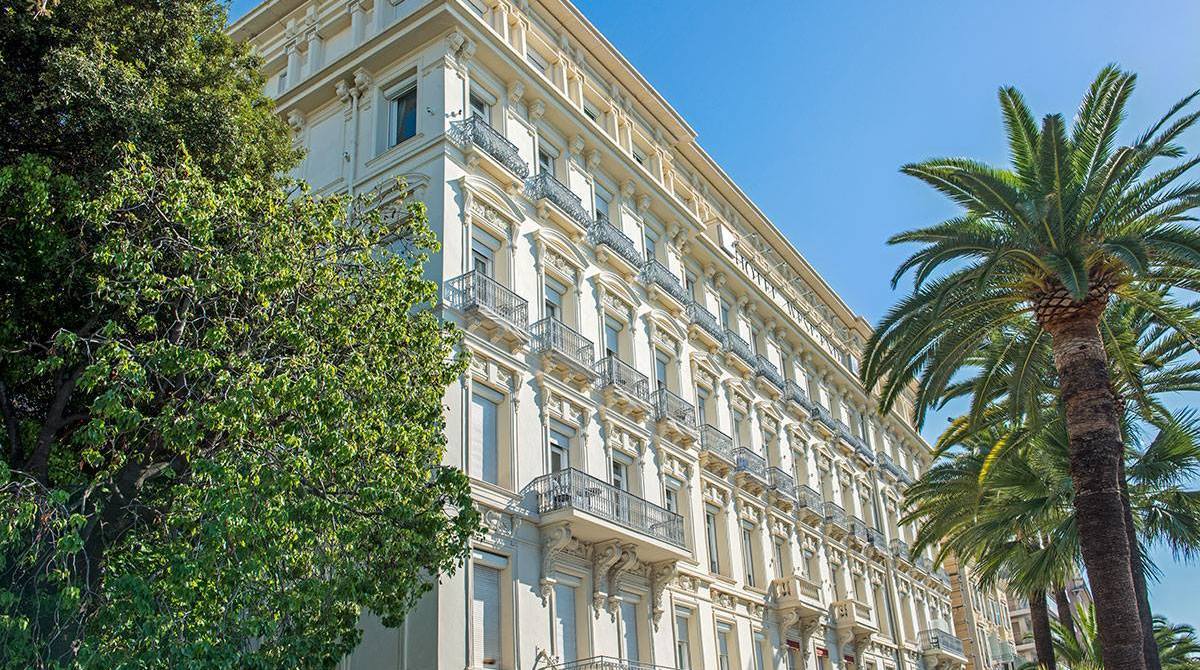 Being a cosmopolitan hub and France's fifth largest city means that you will not be short of accommodation options. From the Grand Dame hotels of the Promenade des Anglais, filled with character and history, to the budget hotels of the city centre and the charming Provencal style B&B's, you'll be spoilt for choice. But do remember that February is a busy time. The Nice Carnival rivals Rio in popularity so you will need to book well in advance for some of the more specialised accommodation or boutique hotels. Luckily you will always be able to find a last minute room in one of the many city hotels.

If you fancy making more of a romantic weekend out of your trip – the event does take place right after Valentine's Day – then why not consider a spa retreat or boutique hotel in one of the nearby villages? St Paul de Vence, Eze and Grasse all have a selection of beautiful chateaux style retreats that are only a short train ride away from the heart of Nice.

Booking for the Carnival 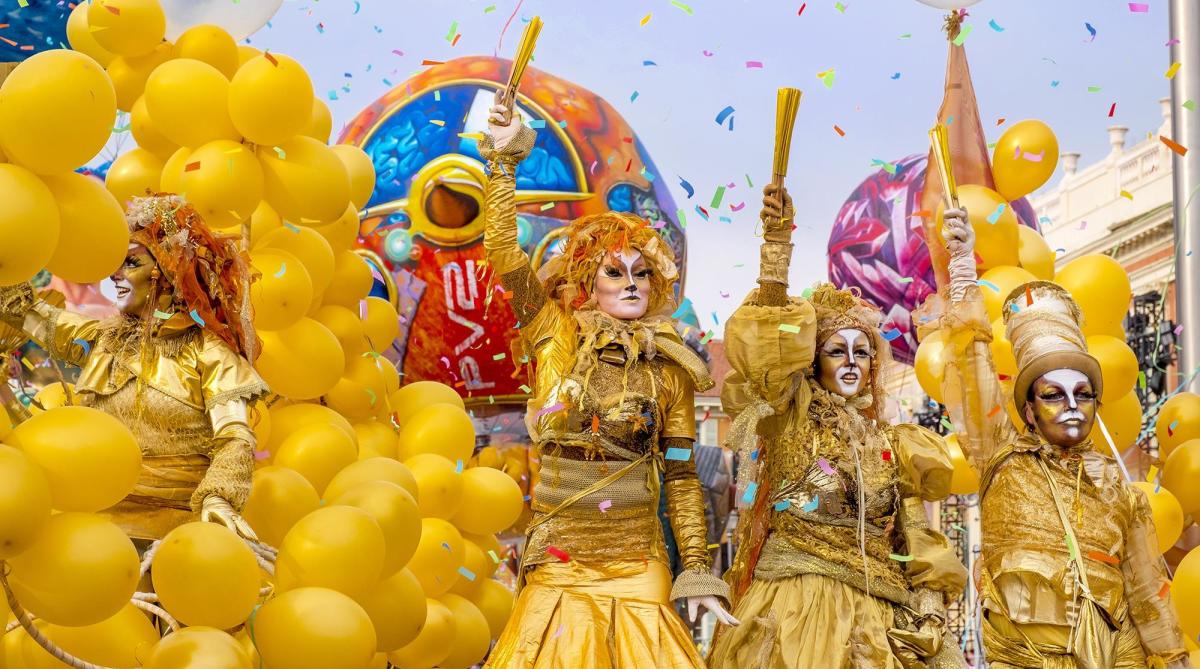 The actual Carnival parades take place on Tuesday and Saturday nights from 21:00 over the two-week long festival (February 16th, 19th, 23rd and 26th, and March 2nd) with an additional Sunday afternoon parade taking place on February 24th at 14:30. The Flower Battles take place on Saturday afternoons from 14:30 (February 16th and 23rd, and March 2dn) as well as on Wednesday, February 20th and 27th.

Tickets are best bought in advance for all of these events, especially if you want to get tickets for the reserved seating area. You can book tickets in advance on the official website from the end of November and print yourself an e-ticket. Tickets will also be available from the start of January 2019 at the Office du Tourisme et des Congrès in the Jardin Albert 1er. If you are more of a last minute kind of person, then you can take your chance before each event and purchase tickets at the ticket offices located near the site – if there are any left! This is definitely more of a risk and not advisable if you are planning to attend the opening or closing events.

It is possible to make group bookings but you will need to contact them directly in order to make this arrangement. You should also contact them directly if you or anyone in your party is disabled and needs special assistance or access. This can be arranged by prior notification. If you are travelling with young children, then it is worth noting that access is free to both standing and reserved seating for children 5 years old and under. There is a reduced entry fee for children from 6 up to the age of 10 years.

Want to get into the spirit of things? Spectators wearing full fancy dress have free access to the standing area in Place Masséna and around the Jardin Albert 1er for the Carnival parades (however, a simple accessory or mask is not sufficient and there is no free access to the Flower Battles). Bear in mind that animals are not allowed in the area. 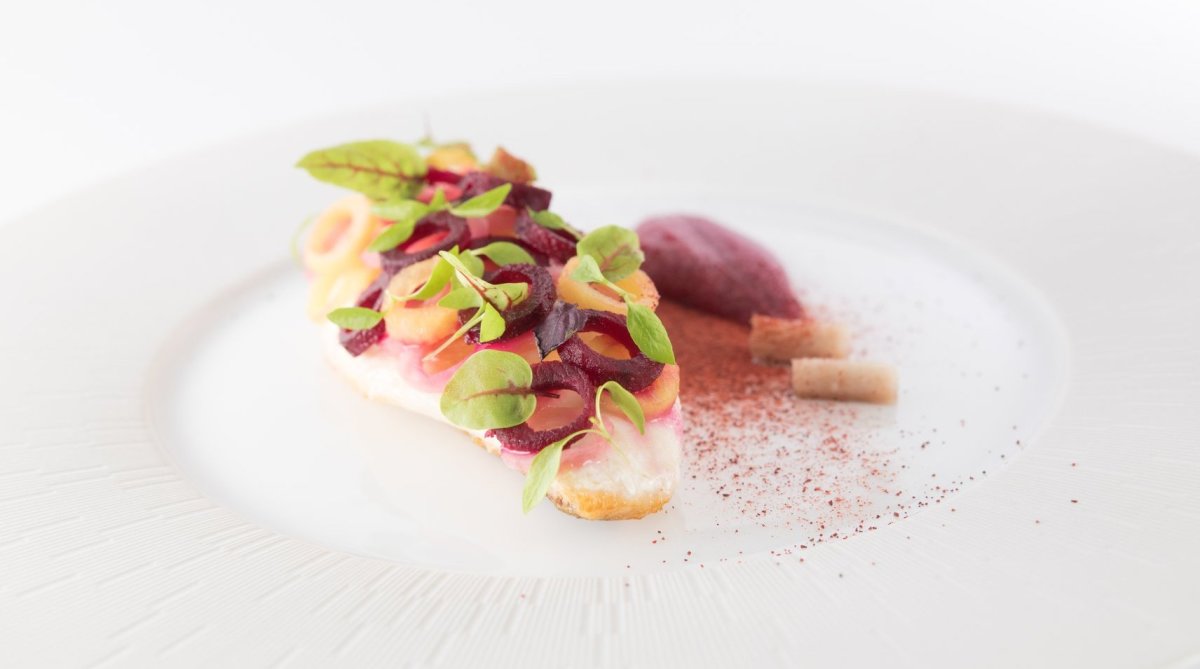 The city of Nice has no shortage of good quality cafés and restaurants and you will find the majority of them situated around Vieux Nice. This area is particularly convenient for the Carnival as the parade passes through neighbouring Place Masséna and along Boulevard Jean Jaures and Avenue Felix Faure. Restaurants in this part of town are likely to be busy on each of the Carnival days as families and groups of friends flock to the area for lunch or for dinner. Advance reservations will certainly make your life easier and save you wandering the streets looking for food. Start planning now.

What else to do in Nice 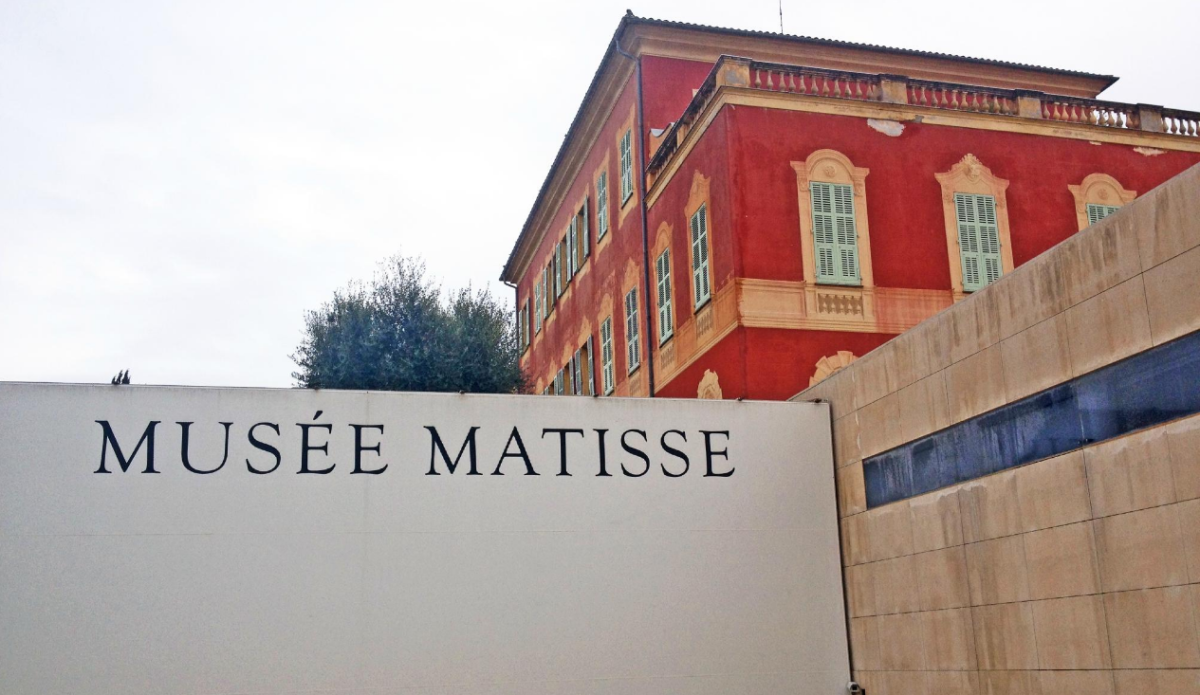 Coming to Nice in February means enjoying the Cote d'Azur as it was first intended, as a winter destination. Until the 1920s, the French Riviera was exclusively a winter-time resort with royals, artists and celebrities drawn here by the clarity of light and the mild winter climate. The never-ending sunshine means that you can forget those winter blues and enjoy some sightseeing in the beautiful city. With galleries and museums open all year round you won't be short of places to go to, and even the outdoor attractions such as the Fort du Mont Alban and the Colline du Chateau are a pleasure to visit in the mild weather. The traditional markets in Cours Saleya continue throughout the winter months with seasonal produce and delicious peppery socca as a warming winter treat.

Don't forget to check out our Events Calendar to see what else is on in Nice during your visit.

Ad
Got a Nice Question? Ask our local team for answers 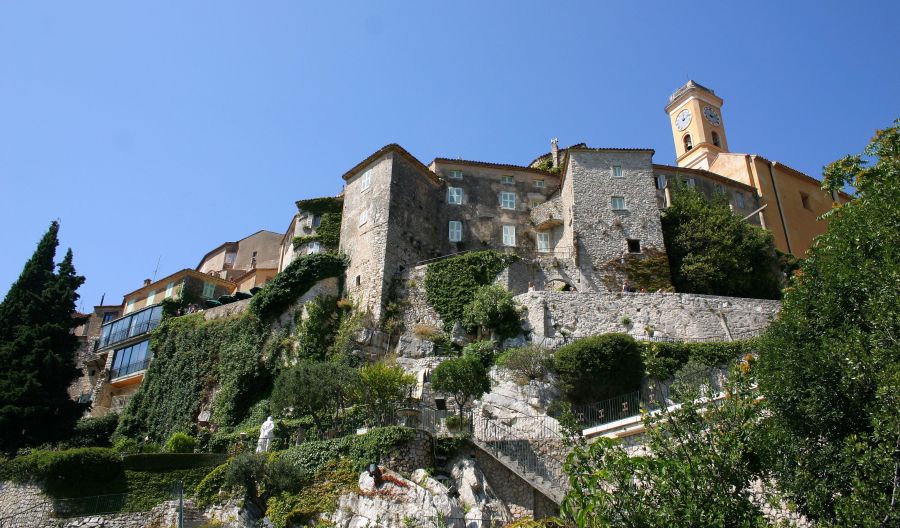