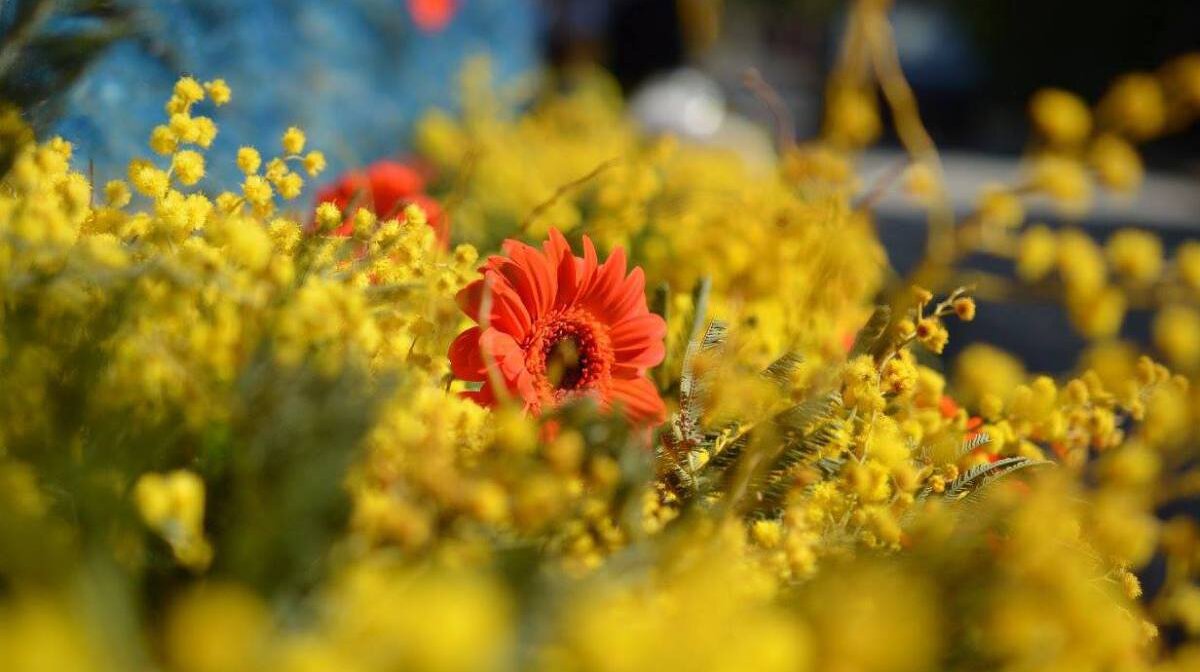 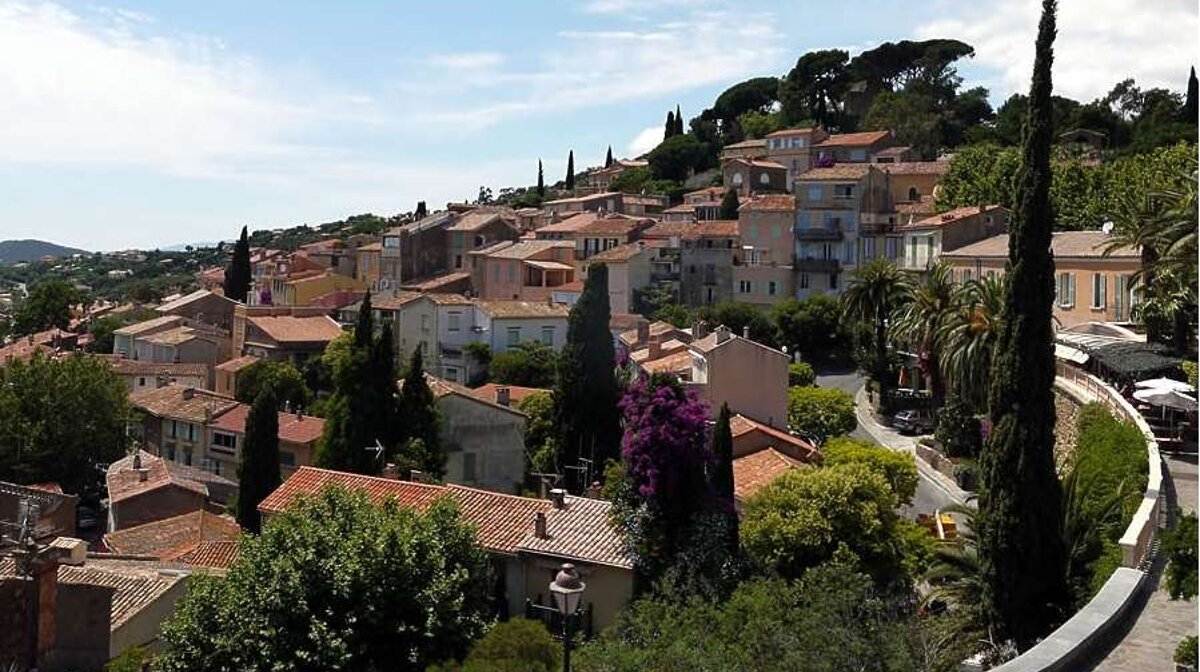 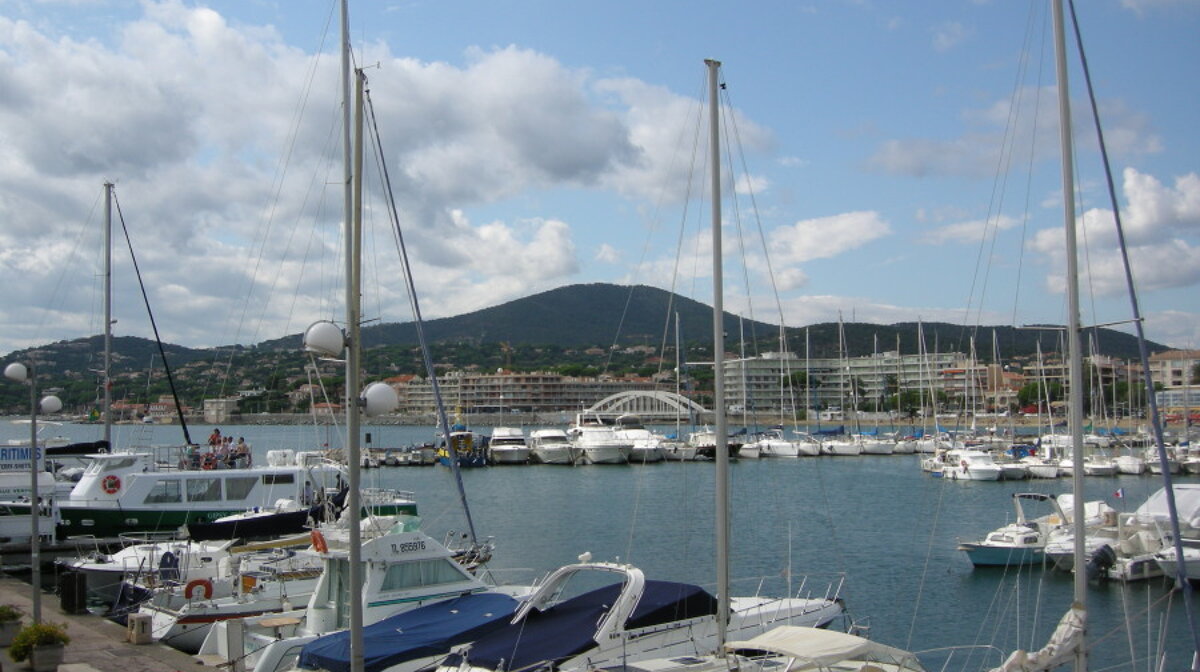 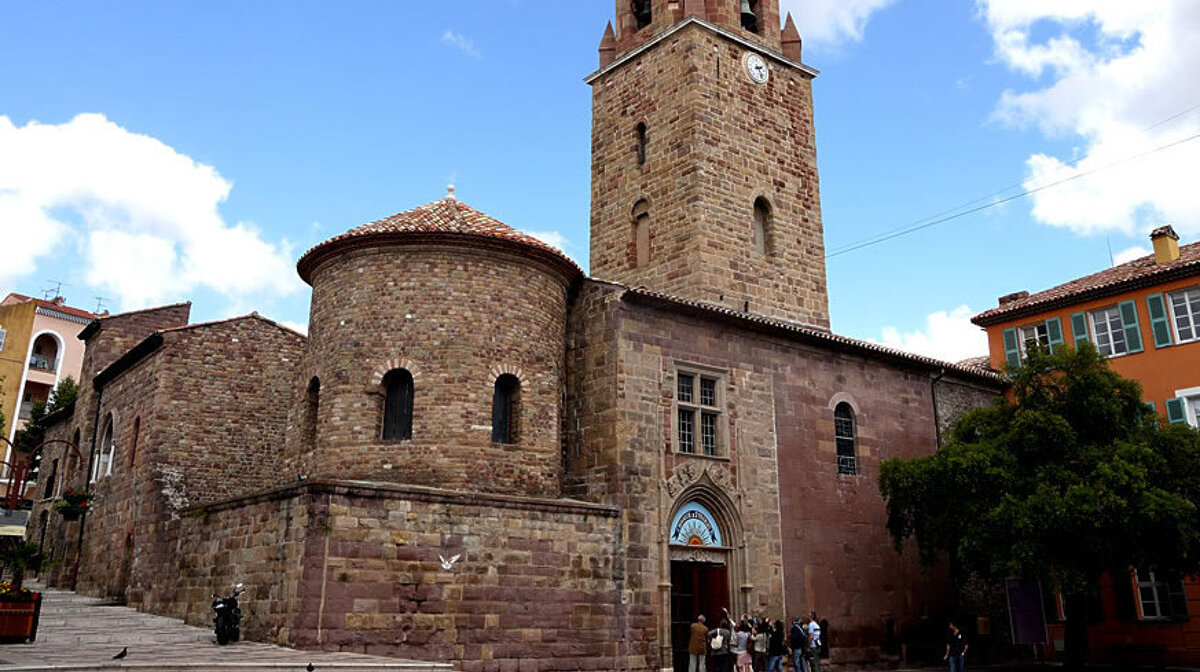 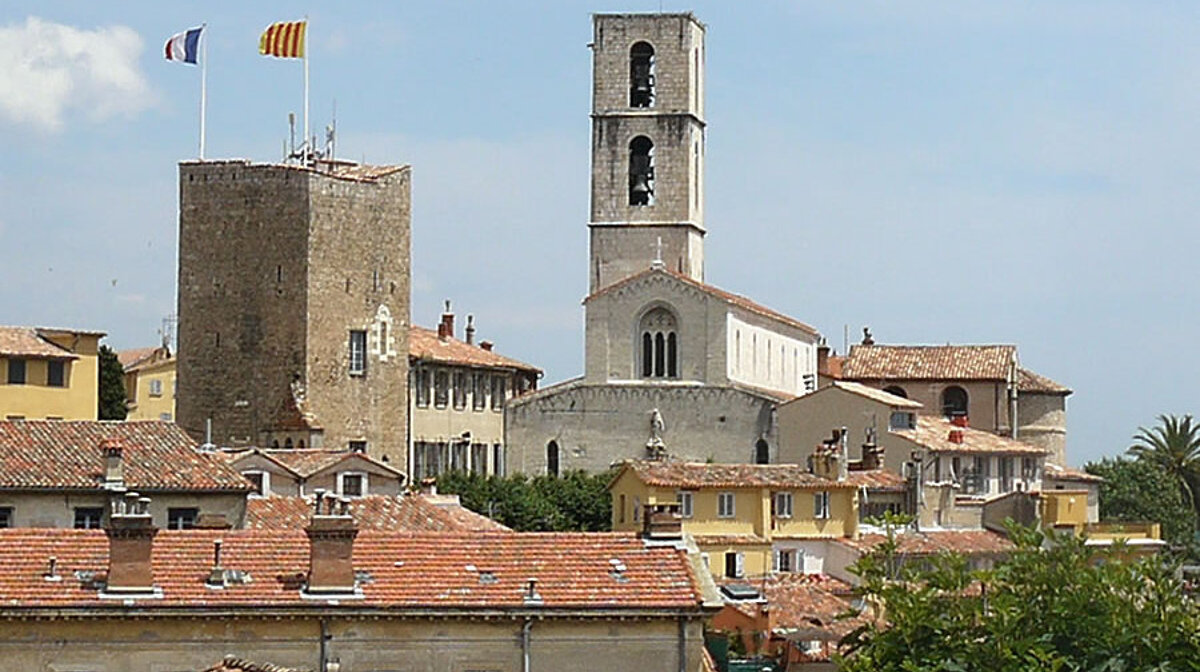 Each year under clear blue winter skies, a carpet of gold creeps across the rolling hills and quiet stone villages of the French Riviera. As spring approaches, the mimosa trees come into spectacular bloom in the South of France, the sprays of soft yellow flowers vivid against the sparkling Mediterranean Sea.

The Route du Mimosa is a 130 kilometre driving route created to celebrate this extraordinary phenomenon, linking 8 villages and towns famous for their stunning mimosa displays and festivals.

Any visiting Australian will be heard to ask with puzzlement about the mimosa flower. ‘Why’s there so much wattle? How did it get here?’ While the French are often quick to claim the fluffy, soft baubles of yellow flowers as their own, the mimosa tree is in fact the famous wattle tree- Australia’s national flower- imported to France in the 1800’s by visiting British, who thought it would grow well in the sunny climate.

And they were right. By the time the Belle Époque was in full swing and the Riviera was a wintertime resort of glittering parties and grand hotels, the Mimosa tree had transformed the landscape- turning the valleys and forests a burnished gold and becoming the local symbol that winter’s grip was broken.

Which, of course, is a timely reminder that the South of France is a wonderful place to be in the late winter- particularly if you feel like a driving holiday through glorious scenery, stopping at local festivals and quaint villages along the way.

The sweet-smelling mimosa flower blooms from late January to early March and the Route du Mimosa is best driven in February, which is when the majority of mimosa parades and village festivals take place. This is the most pleasant time of year to be driving along the Riviera, avoiding the clogged roads and heavy heat of midsummer- allowing you to enjoy the crisp air, snow on the Alps and the Mediterranean shining in the winter sunshine.

To be honest, you could do this trip at any time of year as it takes in some very pretty towns and countryside, from the foothills of the Alps down to the long white sandy beaches of Saint Raphael on the Gulf of Saint Tropez.

The mimosa blooms across the Riviera are truly magnificent and to drive through this landscape of vibrant yellow flowers, snowy mountains and deep blue sea is a beautiful experience. However, don’t pick the mimosa- it’s not only protected by law, but you’ll also just be disappointed as it wilts astonishingly quickly. There are plenty of places to buy mimosa along the route that has been treated with a solution that preserves its life.

Make sure you have your camera!

Below is a description of the 8 villages that are on the Route du Mimosa, which stretches between the Var and the Alpes Maritimes. You could definitely take a few detours from this route: Saint Tropez, Frejus and Gassin are easy additions, while Roquebrune-sur-Argens is also thoroughly recommended.  From the final stop at Grasse, Antibes, Cannes, Nice and Monaco are within easy reach.

Bormes les Mimosas: The Route du Mimosa begins here, in a town so celebrated for its beautiful mimosa that it had ‘les Mimosas’ added to its name in the 1960’s. This quaint medieval village spilling down the hillside is known for its gastronomy and flower-filled lanes. There is an exhibition Mimosalia at the end of January, a flower parade in early February and a local nursery has 180 varieties of Mimosa on display.

Rayol-Canadel sur Mer: This quiet village is just 15km from Bormes-les-Mimosas, set among pine and mimosa trees. The unmissable highlight is the Domaine du Rayol- a  large spectacular garden by the sea, which has wonderful mimosa displays among other exotic species. This is one of the ‘30 Grand Sites of France’-and no wonder, for this is an extraordinarily beautiful place.

Sainte Maxime: This relaxing beach resort has a wonderful range of mimosa festivities- including a Miss Mimosa competition and a flower parade with gorgeous floats. There’s also a botanical garden with a glorious display of mimosa.

Saint Raphael: Located on the wide sandy beaches of the Gulf of Saint Tropez a short distance from Sainte Maxime, Saint Raphael is also transformed when the mimosa blooms. Early February sees a fantastic landscaping exhibition and competition, while the town hosts a spectacular flower carnival in late February. Because this stretch of coastline is a burnished red rock, the yellow mimosa looks particularly vivid against red rock and blue sea.

Mandelieu-la-Napoule: On the Alpes Maritimes coast by Cannes you’ll find this pretty seaside town, which hosts the large Mimosa Festival in mid February. The town crowns a Mimosa Queen and a flower parade turns the streets into a riot of colour and life.

Tanneron: The route becomes even more visually stunning as you leave the coast and begin the climb into the foothills of the Alps, where vast mimosa forests turn the valleys into gold. The commune of Tanneron has the biggest mimosa forest in Europe, and the village is nestled right in the middle of it! Their festival takes place in early February.

Pégomas: Back down the hill a little you’ll find this pretty little town, where the river paths and gardens are lined with mimosa.

Grasse: Where better to finish a flower tour than in the world-capital of perfume? The fragile, sweet-smelling Mimosa is one of the flowers used by the famous parfumiers of this medieval town.

It would be hard to refuse a meal in the delightful medieval village of Bormes les Mimosas. However, you can't go far wrong if you stop at any of the pretty villages along the route, there are plenty of cafes and restaurants to meet your needs. Depending on the day you travel through you may also catch the local market which offers up the perfect food for a picnic!