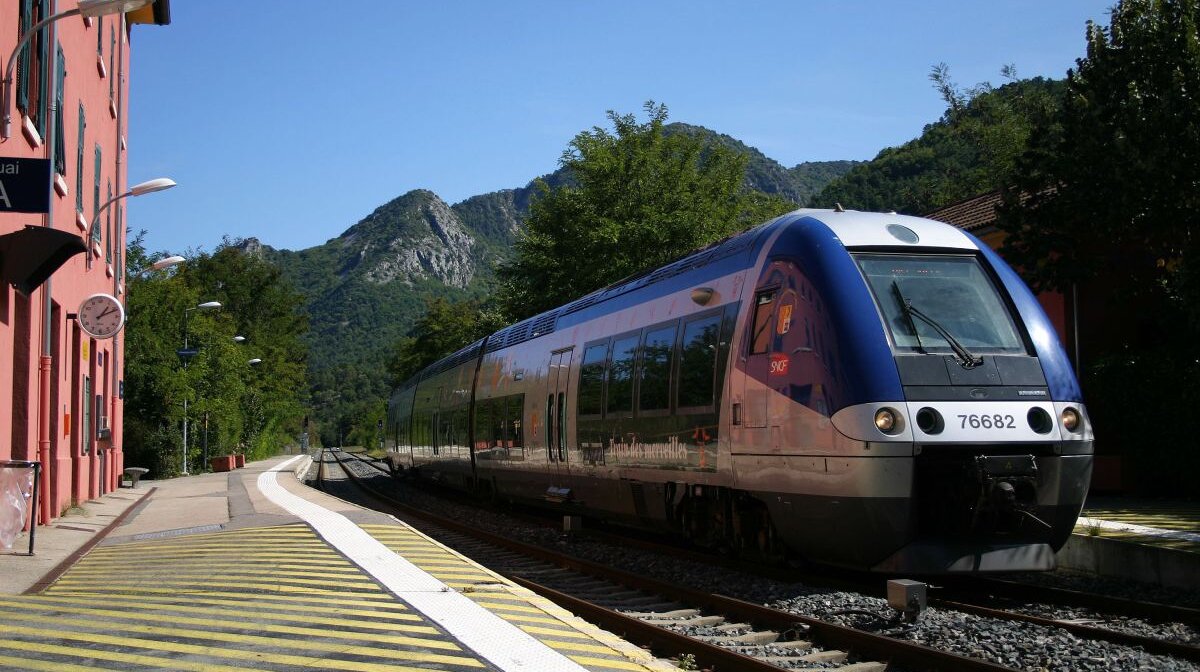 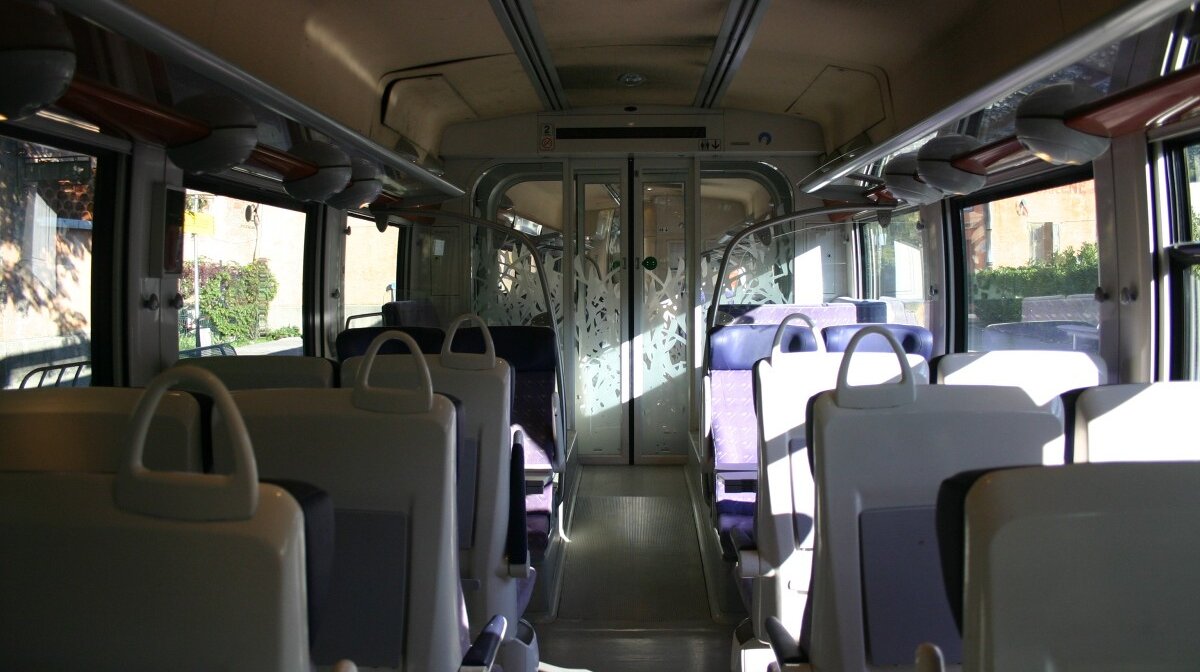 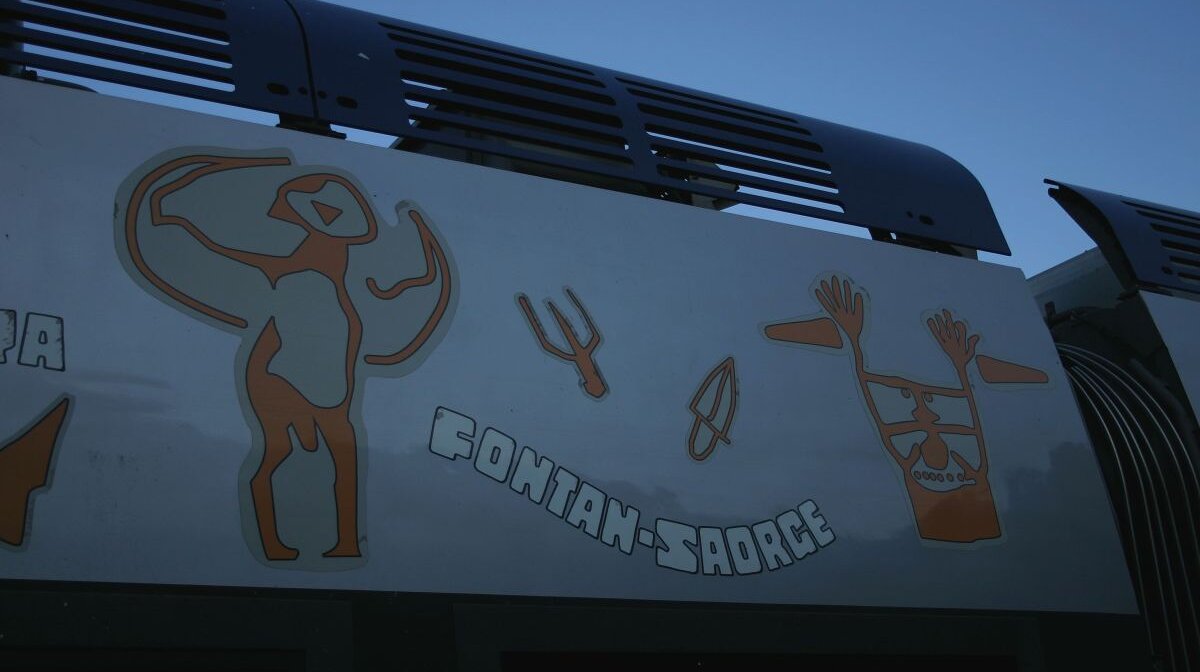 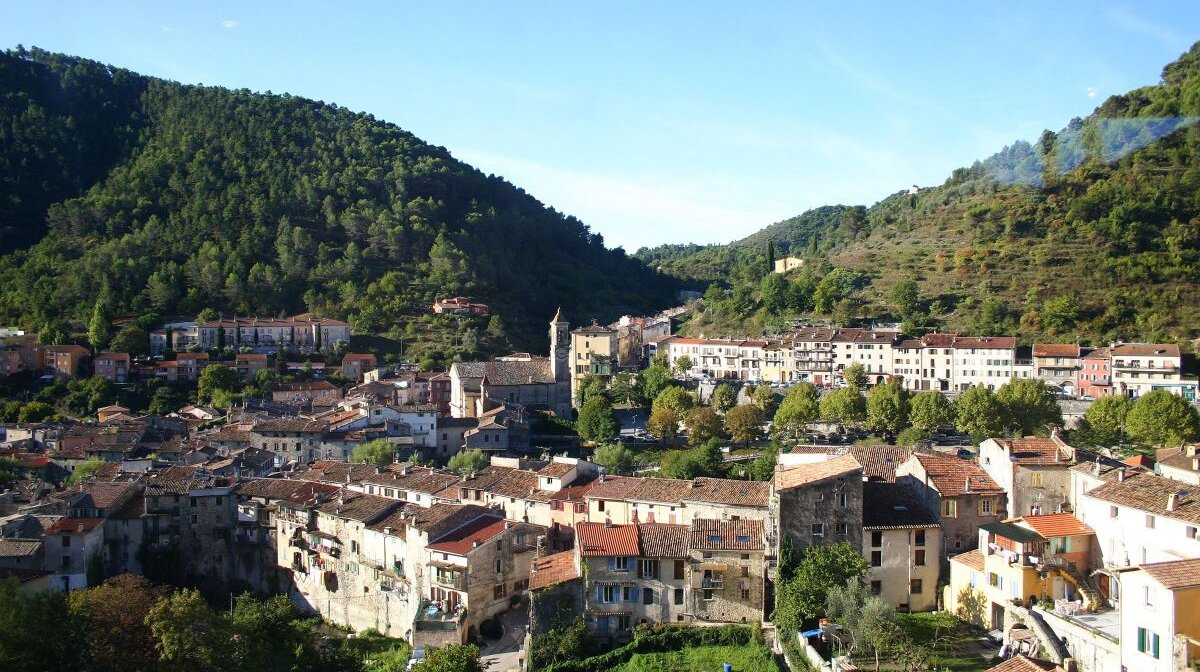 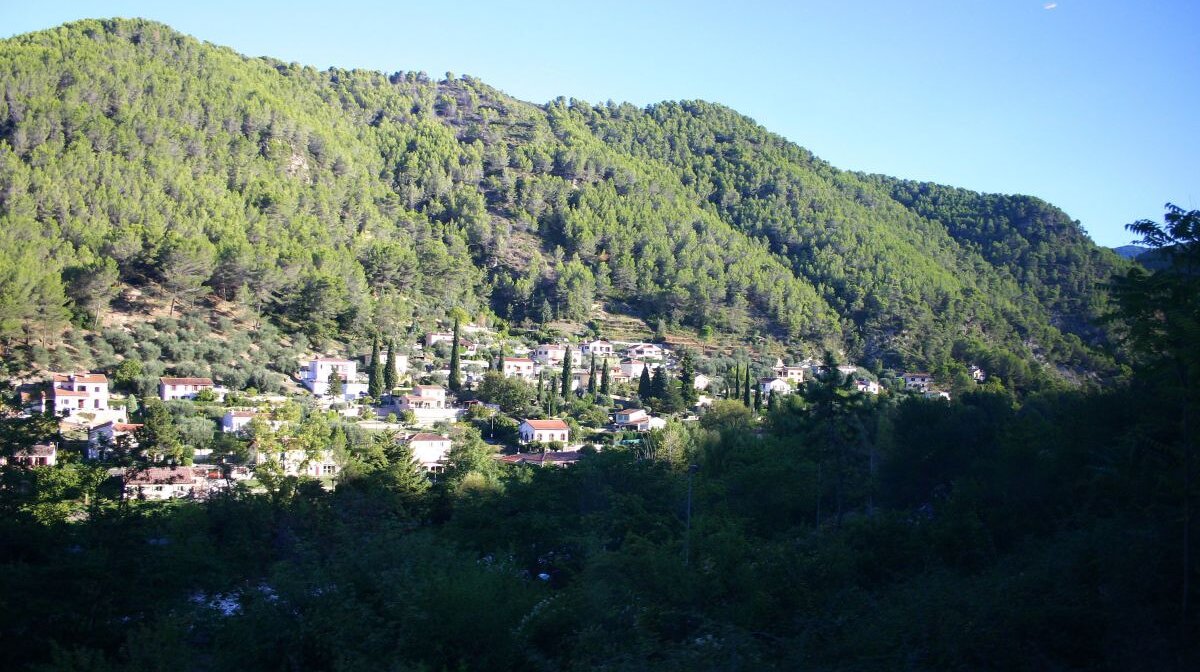 The Train des Merveilles takes you from the coastline of Nice into the rugged mountains of the Vallée des Merveilles and the Mercantour National Park.

The train line actually runs all the way to Cuneo in Italy, but most sightseers only go as far as the medieval village of Tende or to Breil-Sur-Roya in the Vallée des Merveilles. To go all the way to Cuneo takes about 3 hours, with Tende being just 2 hours from the beginning of the line in Nice. Some of the services do not go all the way to the end of the line, so be careful when planning your journey or you may find yourself stuck somewhere in the middle!

Merveilles means “marvels” and it’s hard to know whether they named the area for the stunning scenery, the beautiful old medieval villages or the archaeological findings going back 5000 years. The railway carriages are painted with designs inspired by the prehistoric rock carvings that have been discovered in the region.

The train line follows the Peillon river into the Roya valley, crossing back and forth across the Alps between the borders of France and Italy. An impressive system of viaducts and tunnels help it cross rivers, span gorges and pass through mountains as it rises from sea level to 1000m. Some of the tunnels are as much as 6km long but you still get to see enough wonderful scenery to make the journey interesting.

Building of the train line began in 1883 and it was officially opened in 1928; parts of it were destroyed during WWII but it was rebuilt and was restored to its entirety by 1979. It is hoped that the train line will gain UNESCO World Heritage status.

The towns and villages along the route to Tende are well worth visiting for hiking, bike riding, and sightseeing. You can take bicycles on the train at no extra cost and designated carriages have bike racks. The stations from Nice to Tende are:

The Train des Merveilles runs all year round, with on-board commentary in French and English every day from June to September and at weekends in May and October.

An unlimited day ticket (Pass ZOU) costs 15€ per person and is valid for all journeys on the Train des Merveilles line.