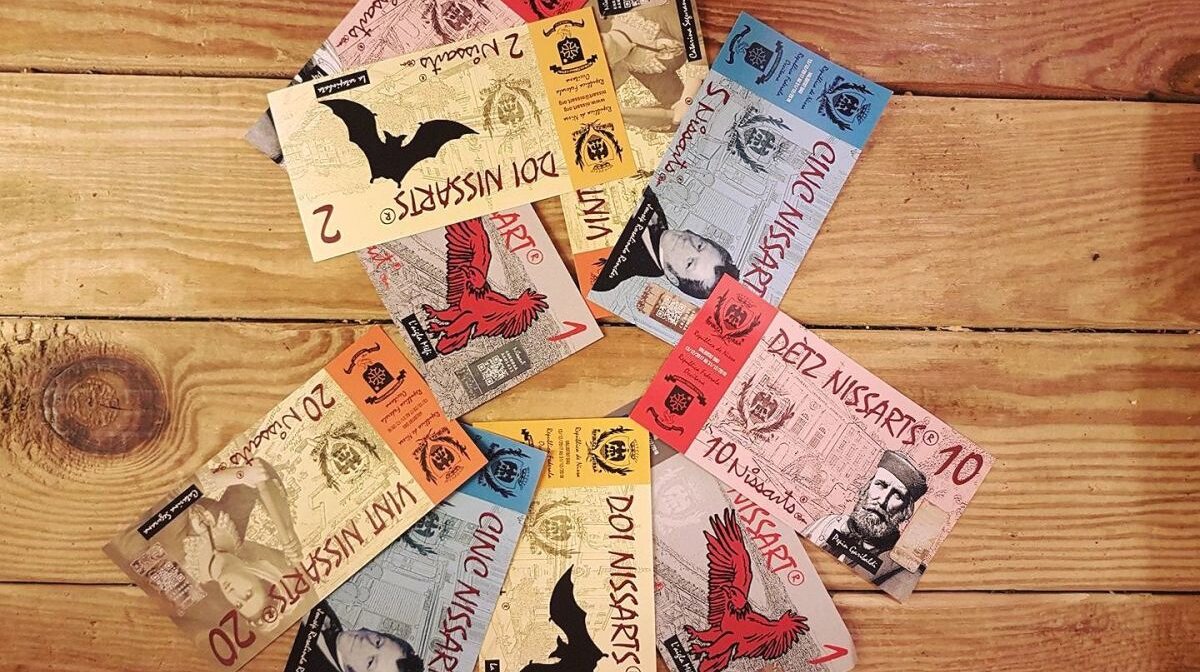 If you're visiting Nice, you might have spotted some people paying with very colourful notes written in a strange language. They are the Nissarts and they have been circulating around the city since the 13th of December 2017.

Currently, 20 shops in Nice accept this local currency, mainly independent boutiques and traditional businesses. The Nissarts have been devised by the "Republica de Nissa" association to re-launch the city's economy and promote local produce and products.

Notes range from 1 to 100 Nissarts and display pictures of some of the most famous Niçois icons and historical figures. These include the red eagle that is depicted on Nice's flag, the famous Niçois general Garibaldi, the hero of the 1543 siege of Nice Catherine Ségurane, writer Joseph-Rosalinde Rancher who promoted the local language or the poet Menica Rondelly who also wrote in Nissart.

One Nissart is equivalent to one euro. Change can be given in Nissarts or euros but, as there are no local coins, small change is always given in euros. In only a month and a half, this initiative has proved to be a great success, so much so that it will be in place throughout the year, from January 29th until December 31st, 2018.

So, to feel like a true local, head to Mamà Baker on 13 rue Lépante, the official exchange office and check out the list of shops accepting Nissarts.