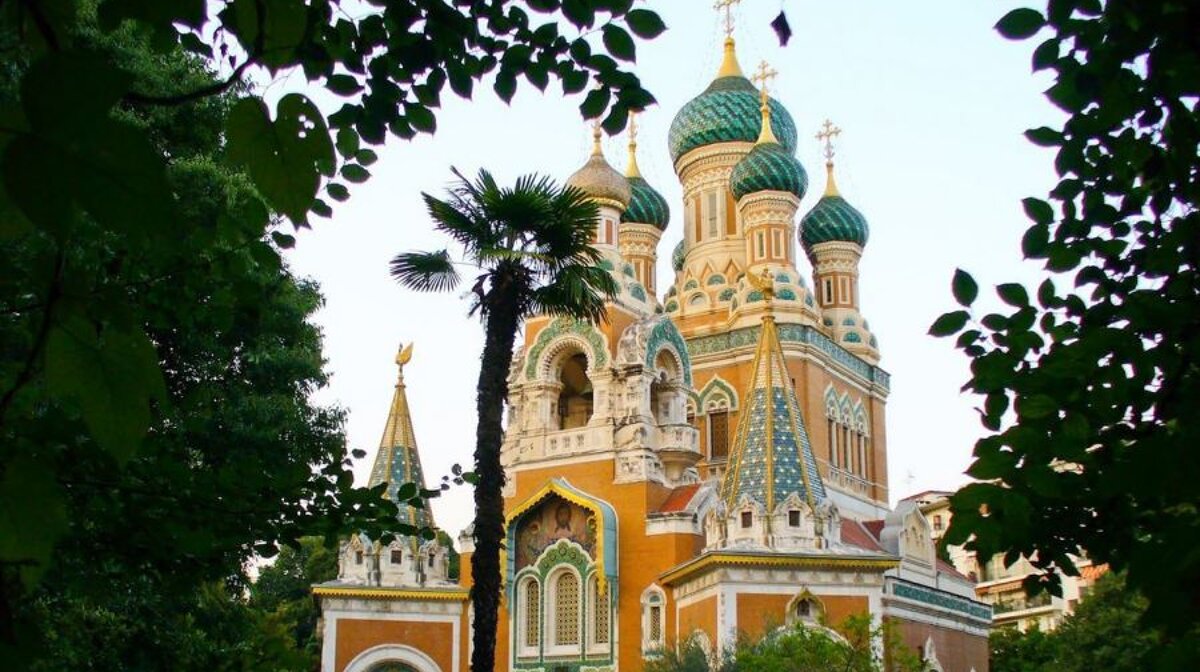 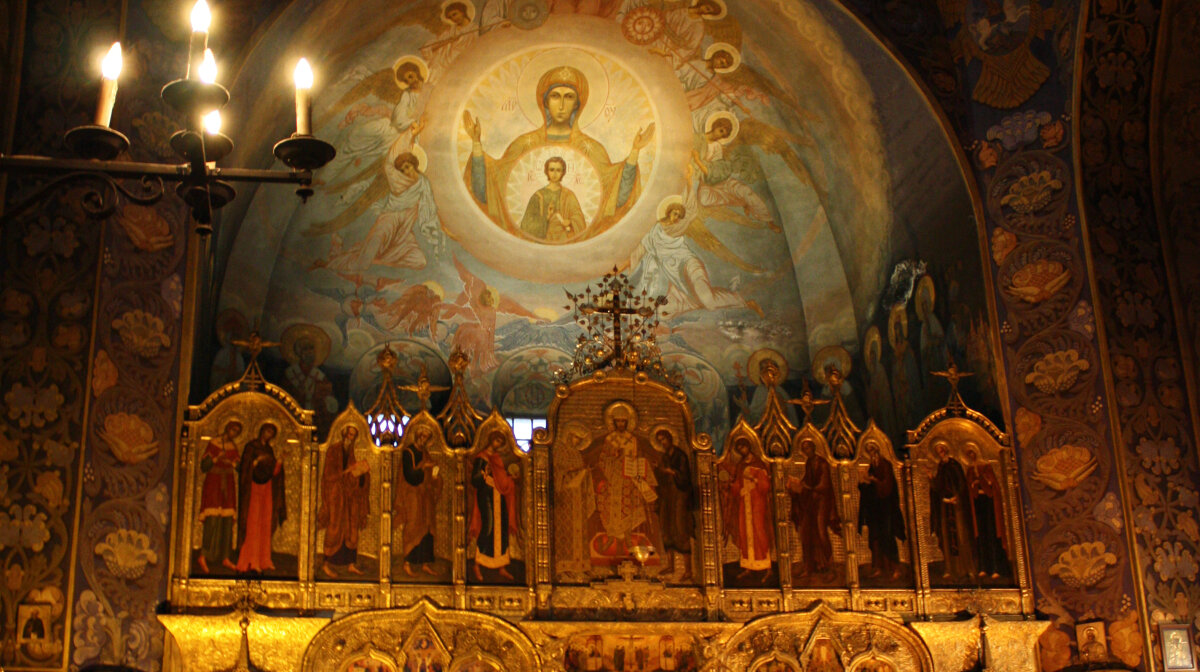 The most important orthodox cathedral outside Russia, this is a beautifully ornate building. It was built to serve the large Russian community that had settled in Nice.

The first Russian chapel in Nice was built in 1859, when the Russian community was already important in the city, but it quickly became too small. Construction work for a new, larger cathedral started in 1903 at Bermond Park. This was the place where the son of tzar Alexander II died due to a sudden meningitis when he was staying at Villa Bermond. The tzar had bought the park and built a chapel in honour of his son here.

The construction of the cathedral was planned near this funerary chapel, and it was designed by Preobajenski, an architecture professor at the Academy of Saint Petersburg.  It was finally opened in 1912.

It has been declared a national monument of France and has a highly decorated interior with murals, icons and carved woodwork. It has recently undergone extensive renovation works.