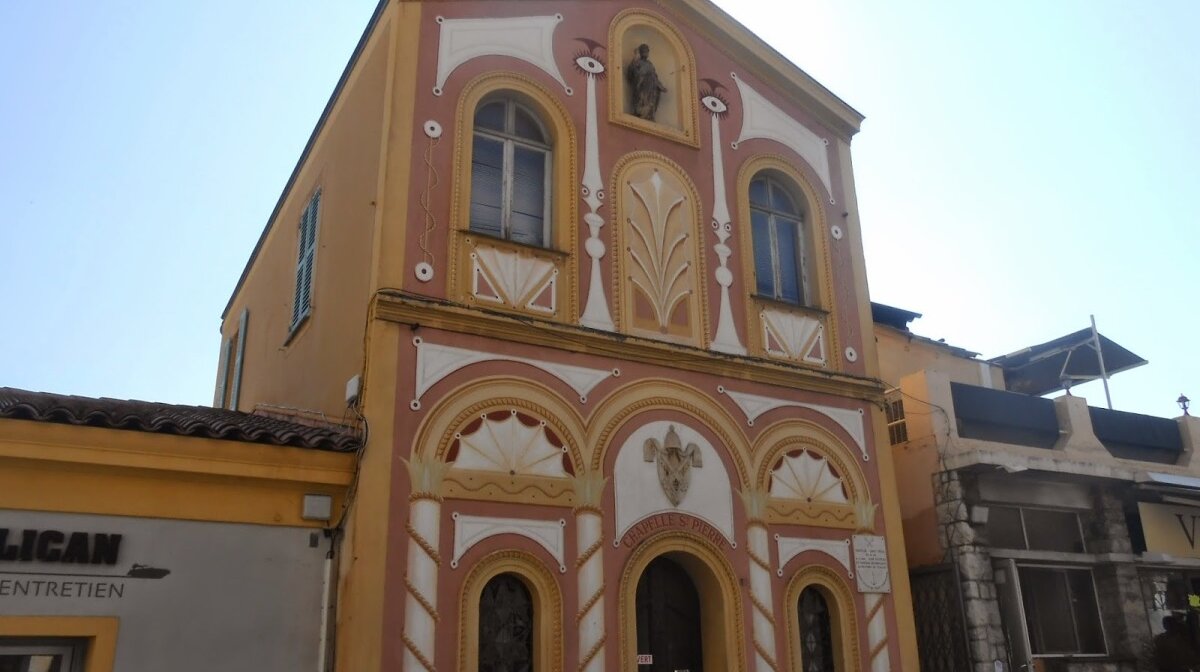 Located near the port in Villefranche is the tiny chapel of Saint Peter, patron saint of fishermen.

Probably dating back from the 16th century, the chapel was used by 20th-century fishermen as a place to store their material and to solve their differences. The chapel is obvious for its pink, yellow and white façade.

Inside, it houses some wonderful frescoes of Saint Peter, painted by Jean Cocteau in 1957. It was his first painted chapel and it depicts five main images, two scenes of Mediterranean life and three dedicated to the life of Saint Peter.